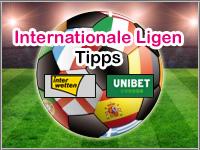 As part of this betting tip forecast, our attention is focused on the upcoming La Liga Matchday. Among other things, this brings with it the duel between Osasuna and FC Barcelona. An encounter between two teams that could hardly be more different. The Catalans play almost annually for the championship and Osasuna has arrived in the middle of the league after recent strong performances. The odds show on Saturday from 21:00 clock at the Estadio El Sadar Messi and Co. as favorites. Whether guests live up to this role is to be clarified below.

Osasuna played for Deportivo Alaves on the last La Liga match day. The odds did not suggest any real favourites before the start of the game. Both teams encountered each other at eye level, especially in the early stages, and rarely developed a move to the goal. The first half went without a goal. Even after the change of sides, the fans were not offered a spectacle. Both teams struggled to find opportunities. For the time being, the high calibers were therefore absent. Nevertheless, the tour of Enrique Barja should take place after 77 minutes. There were no more hits throughout the game. The home team failed to take a shot at the opponent’s goal for over 90 minutes. For this reason, the victory of the guests was not undeserved.

The team of coach Jagoba Arrasate is in a clear upward trend. After all, three of the last four leagues were won. Eibar (2:1), Levante (1:0) and Alaves (1:0) should be defeated. Only against Seville a 0:2 bankruptcy resulted against the local backdrop. With 28 points taken, Osasuna was able to make the jump to 12th place in the table. The offensive scored 23 goals and 33 goals were conceded on the other side.

Ante Budimir is the best attacker in his own ranks with six goals. As soon as the top game has been played at home against Barcelona, it is important to stand in front of Valladolid at home.

The Catalans have recently been very successful on a national level. In the league, the top game against FC Sevilla in the distance should be won confidently with 2:0. Especially in the early stages, both teams found it very difficult to get into the game. With increasing playing time, the guests grew stronger and stronger and came to goal room scenes. The 1-0 of Catalans was only a matter of time. After 29 minutes, it was time. Dembele achieved the leadership of the guests. Despite a few more half-chances in Barcelona, it remained 1-0 until the break whistle. Seville has not scored a single goal in the entire first round. The second 45 minutes were made a little more open. The home team now played at least without really being in front of the goal. In the 85th minute Messi put the lid on it and scored the 2-0 final.

During the week both teams met again in the semi-finals of the Copa del Rey. There, too, Barcelona had the victory in its pocket and prevailed 3-0 in overtime. For this reason, the entry into the final game could be fixed.

The Catalans have recently played heavily in the league and have been unbeaten for 15 games. 12 victories and three draws jumped out. Due to the good points yield, Barcelona improved to second place in the table. With 53 points taken, the gap to the top rider Atletico Madrid measures five points. However, the Rojiblancos have played one less game so far. The Catalans show the best offensive alliance in the league. He looks at a proud 55 goals, 19 of which Messi alone scored. The defensive can also be seen with 22 goals conceded. Nevertheless, the view to the rear must not be neglected. After all, the league third Real Madrid also has 53 points in its account.

After battling with Osasuna, Barcelona will face Paris St. Germain in the Champions League Eighth Final.

As the odds already reveal, Barcelona is the clear favourite in this approach and will make every effort to continue its winning streak. But also Osasuna is not to be despised. After all, three of the last four leagues were won. At home, Osasuna struggled so far and won only four games (3 draws, 5 defeats). Barcelona scored eight victories in the distance (one draw, three defeats). In the course of our betting tip forecast, a narrow victory of the guests is to be expected.