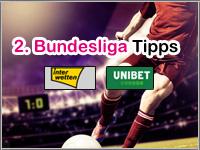 For both sides it is said this weekend that actually only one victory counts. It is a huge opportunity that exists for both teams, but also involves a risk. Eintracht Braunschweig and SV Sandhausen are currently in 17th and 16th place. Sandhausen currently has the better goal ratio, so could benefit more from a draw away. But a victory would be all the more important for both, as this could possibly also leave the relegation places altogether. Sandhausen is also easily traded away as a favourite team, but scored both sides last weekend. Sandhausen has been waiting for a win against the Eintracht team for six games. The first leg ended with a draw. At 13:30 (CET) we start at the Eintracht Stadium.

Four important points have been scored in the last two matches for Braunschweig, but the next match could be one of the most important of the rest of the season. Even if you were higher in the meantime, Braunschweig can only be found in 17th place before the 24th game day. If the home game against Sandhausen is lost, that would of course be a severe setback. This is what you want to avoid and accordingly get three points with a home advantage in your back. The record against Sandhausen looks good. Braunschweig has been unbeaten against this opponent for six games. In Sandhausen you could take a point with you in November.

There have been three consecutive defeats. They were against Holstein Kiel, Hannover 96 and VfL Bochum. But then in the last home game the very important 2-0 victory against Jahn Regensburg. On the last day of the match there was still a score win in Nuremberg. As far as the home balance is concerned, Braunschweig has so far been able to look at fairly balanced statistics. There are 14:18 goals, five victories, two draws and five defeats.

Felix Burmeister and Niko Kijewski are injured, Dominik Wydra is missing due to a yellow block.

For Sandhausen, a win would be worth even more than for Braunschweig, as the team already has the better goal ratio. A win could not only bring three points advantage, but even more goals that Braunschweig could not easily catch up with. Sandhausen would also stay ahead of the concord in the event of a draw. However, the goal will be to get the three points away, which may also ensure that you pass the VfL Osnabrück and thus leave the relegation places. Defeat, on the other hand, would be a serious setback.

Sandhausen has also not been able to score many points in recent weeks. Between many defeats, however, there were always points. Especially in the home games. At home, Heidenheim won 4-0, Nuremberg 2-0 and finally Osnabrück 3-0. Away, you’ve been waiting for a point in the league for six games. Not surprisingly, Sandhausen is the league’s worst away team. The result in foreign places is a victory, ten defeats and 8:26 goals.

At Sandhausen, Julius Biada, Nikolas Nartey, Patrick Schmidt and Rick Wulle will be out.

Not only in the first leg there was a draw, but also in the two games before. Only one of the last ten games was won by Sandhausen and that was six games ago. This latest assessment against each other therefore speaks rather for Eintracht Braunschweig. But not only that, because the home advantage has already led to one or two victories at Braunschweig, while Sandhausen has largely gone empty away this season. This result is very clear, so tip for home victory Braunschweig against Sandhausen.