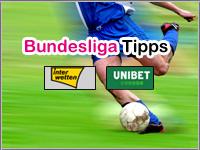 The promoter from Bielefeld showed up last in the crisis and only scored one point out of five encounters. But will it now be possible to reverse the situation against Union Berlin on the upcoming match day, against a local backdrop? In the first round there was a devastating 0:5 clap with the irons. On Sunday, March 7th, at 6:00 p.m., the Arminia is striving for reparation in the SchücoArena. Whether this can succeed and how the odds for the match are structured is to be found in the following betting tip forecast.

The promoter appeared on the last Bundesliga match day at Borussia Dortmund in Signal Iduna Park. Both teams played forward from the start and tried to finish the goal. There were chances up and down. Bielefeld acted cleverly and played from behind with high pressing of the Dortmund. Only at resting balls threatened danger. So Reus failed at the bar (28th). Dortmund now pressed for the leadership. Reyna and Haaland forgave, avenging themselves almost shortly before the break. Cordova missed the big chance to score 1-0. Only three minutes had elapsed after the change of sides, when Dahoud took care of the home team’s 1-0. BVB continued. When Pieper dropped Reus in the penalty area, there were penalties for the hosts. Sancho turned 2-0. The guests were now in demand, but struggled against defensively certain Dortmund players. The BVB had game and opponent under control and could have increased by Reus and Sancho. In the 81st minute Reinier put the lid on his first goal for Dortmund and scored 3-0.

The promoter recently showed very big problems in the league. Only a lean dot results from the past five Bundesliga matches. This was scored after a 3-3 with the German record champion. Last, however, it scored a 0:3 bankruptcy twice. Due to the weak performances Bielefeld has slipped to the relegation spot. With 18 looted points, however, the rescuing shore is within reach. The 15th from Berlin also has 18 points in his account. In addition, the Arminia has played one game less. Besides Schalke, Bielefeld shows the weakest offensive of the league. It scored 18 goals. A total of 41 goals were conceded to the defence.

With three goals each, Klos and Doan are the best attackers in their own ranks. Kunze is blocked against Union. As soon as the match with the Irons has been completed, Bielefeld receives Werder Bremen at home.

The Köpenickers recently visited TSG from Hoffenheim. The Union enjoyed a good start. Since Grillitsch had fouled Trimmel in the sixteen, the hosts were awarded an elf. Kruse netted 1:0 (10th). However, the result did not reflect the course of the game. After all, the guests were better at the game and henceforth pushed for the equalization. Since numerous chances were awarded, Schlotterbeck’s own goal had to be 1:1. Although Hoffenheim was better, there were no more goals in the first round. In the second half, the Sinsheim team were also the better team, but achieved significantly fewer qualifications. Defensively, the Union simply stood better and allowed less. However, the irons simply did not take place offensively and consequently it remained at the end of the draw.

The team of coach Urs Fischer bagged only a meagre victory in the past six Bundesliga pairings. On the other hand, this one success is matched by three draws and two defeats. With 34 points taken, Union ranks 7th in the table. The offensive scored 36 goals and 26 goals were conceded on the other side.

Max Kruse is the best attacker in his own ranks with seven goals. After the match with Bielefeld, Union receives the goats from Cologne.

Bielefeld is currently in the mould depression. The guests from Berlin were also struggling recently. Nevertheless, the odds point to an away win. However, it will not be as clear as the first leg. This was decided by the Irons in front of the home scenery with a score of 5:0. As part of our betting tip forecast, a tight match is to be expected. In this, guests will have their nose just ahead. For this reason, it is worth betting on a narrow away win.