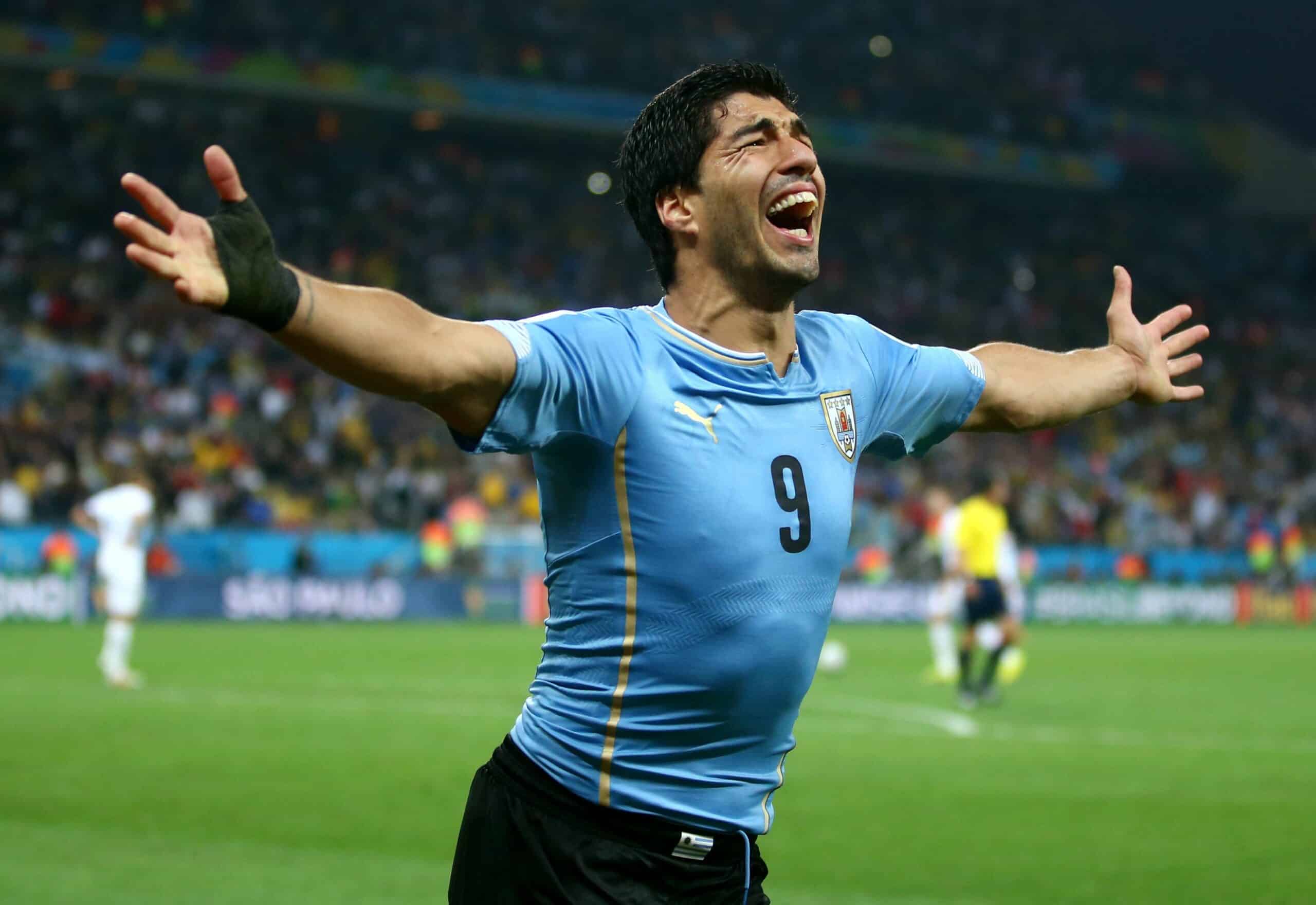 Does Uruguay stumble again in the opener?

The first matchday of the 2022 World Cup is almost history again. The last teams to get into the action on Thursday are the teams in Group H, rounding off the opening matches in all the groups.

Before the opening match of the Portuguese in the early evening, the first preliminary round match of Group H will be played between Uruguay and South Korea. The South Americans are the clear favourites going into the match. For this reason, the best bookmakers are not offering the highest odds on a win for Uruguay against South Korea. This is not surprising, as the South Americans are not only stronger individually, but have also won their last two World Cup matches against South Korea. Both in the group match at the 1990 World Cup in Italy and in the round of 16 in South Africa in 2010, Uruguay were the victors in the end.


The South Americans should also be able to cope with the subtropical climate and high humidity much better than the Asians, as they are used to such conditions at home. Even if they play in air-conditioned stadiums, the external conditions at this World Cup are certainly a factor that should be taken into account, not only in the Uruguay vs. South Korea prediction.

By qualifying for Qatar, Uruguay have already qualified for a World Cup final tournament 14 times and are once again considered by many experts to be one of the secret favourites for the World Cup title, as they have been so often in the past. There is no need to doubt that there is enough quality in the team to make a statement or two. And even if it won’t be enough to win the title in the end, Uruguay should definitely be on the list for a place among the top 8 in the world this time as well

Even though the golden generation around Cáceres, Godin, Suarez and Cavani is getting on in years and will probably see their last World Cup, young players of enormous quality are coming up. For example, the two superstars Núnez from Liverpool FC and Valverde from Real Madrid, to name just the two best-known stars. And the fact that even old players, especially in the defensive area, can make up for a lack of speed with their experience and positional play was recently proven by Italy at the last European Championship, where they won the title with an outstanding defence around the “grandpa bar” Bonucci and Chiellini.

The curse of the opening game

For Uruguay, the first game is all about collecting as many points as possible, because Portugal and Ghana are potential stumbling blocks in the next games. But “La Celeste” doesn’t necessarily like opening games at a World Cup. After failing to win the opening match of a World Cup six times in a row before 2018 (0-3-3), the knot burst in 2018 in Russia with the opening win against Egypt. In general, this last World Cup was successful for Uruguay. Four victories at a final tournament had only been achieved at the 1930 World Cup, but the team still lost in the quarter-finals to France, the eventual world champions.

With four victories at the last World Cup in Russia, Uruguay have won six of the last eight encounters at a World Cup final tournament. They won just as often against their upcoming opponents in the same number of matches. As expected, the odds on Uruguay against South Korea once again show “La Celeste” as the favourite. The seventh win in the ninth match against South Korea should now follow – and we trust the South Americans to achieve this against the individually clearly inferior Koreans, even in the unloved opening match. Our Uruguay vs. South Korea tip is therefore a win for coach Alonso López’s team. The only player he will miss against South Korea is Araújo.

Once again, the Southeast Asians enter this World Cup as one of the big underdogs. The squad of the upcoming opponents Uruguay is worth about three times as much as that of South Korea. However, Bento’s team, who was eliminated in the preliminary round with Portugal in 2014 and whose task this time will be even more difficult than in 2014, can be unpleasant for any opponent on a good day, as four-time World Cup champions Germany experienced at the last World Cup. The 2-0 defeat by South Korea was one of the biggest embarrassments in the history of German football. However, this did not leave a lasting impression on the bookmakers – high odds can be found for a win by Bento’s team in Uruguay against South Korea.

For despite this sensational success at the last World Cup, which was nevertheless not enough to advance after two defeats in the group before, South Korea still has the worst win rate of all nations with at least 30 World Cup matches. The Asians have only won six of the 34 matches in their ten World Cup participations. Three of those victories came at their home World Cup in 2002, while South Korea have won three of their 27 matches (3-7-17) in the World Cups that did not take place on home soil.

It is doubtful whether things will go better this time for one of the strongest teams on the Asian continent. The South Korean squad includes only a few players from Europe’s top leagues, who have to prove themselves week after week at the very highest level. Even though Asian football has caught up in recent years and teams from the domestic K-League such as Jeonbuk and Ulsan Hyundai, some of whose players are in the current squad, regularly cause a stir in the Asian Champions League, the squad still does not meet the demands at the highest level in world football.

That is why we also expect a defeat in the opener. The Uruguay vs. South Korea prediction goes to a win for the South Americans. Should Heung-min Son not be able to play in the opening match after his serious facial injury and subsequent surgery, the Asian team’s chances in this match will be drastically reduced. Jin-su Kim will also be absent.

The direct comparison in this duel is clearly in favour of the South Americans. Alonso López’s team won six of the eight encounters. The only win for the Asians in this match came in a friendly in 2018 at home in Seoul. There has been no winner only once before between Uruguay and South Korea. The previous two encounters at a World Cup were also decided in favour of the “Urus”.

Both in Italy in 1990 and in South Africa in 2010, the South Americans won narrowly. The double scorer in the 2010 round of 16 was Luis Suárez, who is once again part of the Uruguay squad this time around.

Uruguay qualified for the World Cup in the South American qualifying round with aplomb. New coach Alonso López in particular has a strong record with seven wins from nine international matches since taking over. Against their upcoming opponents, they are not only superior individually, but the Uruguayan team’s physical style of play is also unlikely to suit the physically less robust Asians at all. If Uruguay can bring the individual class and tactical discipline that characterise the team to the pitch against South Korea right from the start, there is little doubt that the South Americans will win their opener. We assume that the in-form “Urus” will succeed in this and give our prediction on an opening win for the favourites in Uruguay against South Korea.

Don’t expect a goal festival on Thursday, though. In most games under new coach Alonso López, Uruguay have kept a clean sheet. Against South Korea, the two-time world champions will face an extremely defensive opponent whose defence will need to be broken down. The last encounters between the two teams were also close games. Accordingly, the bookies are offering the lowest odds of all result tips on a 1-0 win for Uruguay against South Korea for “La Celeste”. You can speculate on this result for the opening match, in which both teams will still have a lot of sand in their gears, at bookmaker Bet365, for example. Alternatively, it also makes sense to bet that Uruguay will win by exactly one goal.