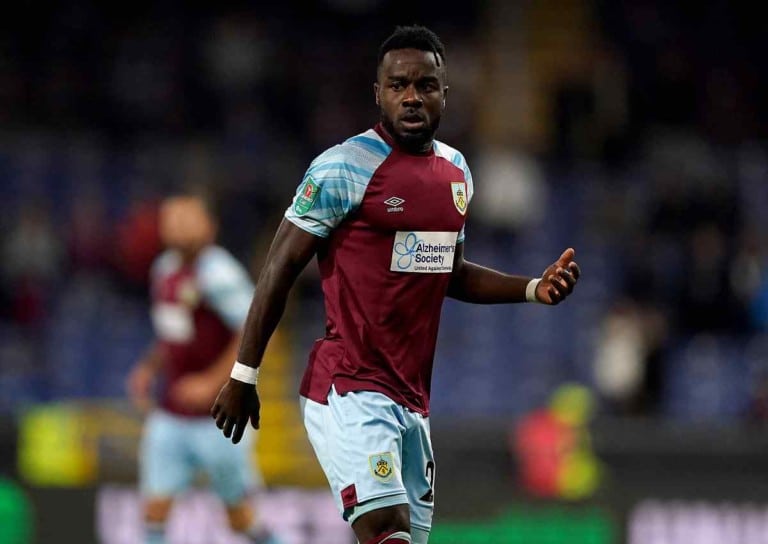 Does Leicester City get their frustration off their chest?

Five matchdays after the start of the season in the Premier League, the Foxes in particular are lagging behind the great expectations in the English top flight. After all, there have already been three defeats for Leicester City. Two of the three league defeats came in the last two matchdays, including the clash with the Citizens, in which Leicester narrowly missed out on a point.

After three matches in a row without a win in the competition, the Foxes at least got a win in the EFL Cup and were able to end their form crisis. In the Premier League, the next act of defiance is to follow at home against Burnley.

The Foxes have not lost a home game at league level against Saturday’s opponents since November 2007 In their last ten home games, the twelfth-placed Leicester side have a record of 6-4-0 against the Clarets. If the next win follows, odds of 1.60 are paid out for tip 1 on Leicester vs. Burnley

Because Burnley FC have made a disastrous start to the season so far, there are few arguments in favour of an away win for the “Clarets”. The only team to start worse than Burnley so far is promoted Norwich, who are still looking for their first point in the top flight after five games.

For Brendan Rodgers & Co. the season in the English top flight could not have started worse. After five matchdays, Leicester City have only six points, which puts them in twelfth place in the Premier League. Most recently, Leicester suffered two defeats in a row.

While the home defeat against the championship aspirants from Manchester is bearable, the defeat at Brighton was by no means to be glossed over. It is therefore all the more important to win the home game against Burnley, who are second from last in the table. In the best possible scenario, Leicester could even make a big jump in the table.

In the English top flight, the Foxes have only lost to Burnley FC three times in their entire club history. It should be noted, however, that all three defeats were away from home. Leicester, on the other hand, have never lost at home to their upcoming opponents in the Premier League.

Is Leicester’s offence hitting its stride?

Although the Foxes are not in good form at the moment, Leicester’s role as favourites at home to Burnley is not up for debate. Brendan Rodgers’ side are not only stronger but, unlike Saturday’s opponents from Burnley, had a more demanding fixture list at the start of the season.

Brendan Rodgers will only have to do without James Justin and Wesley Fofana for the upcoming home match. There are no other absentees for the hosts. 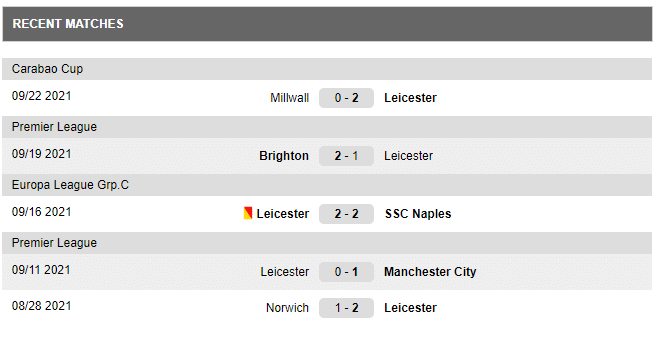 Burnley FC continue to be in free fall after five matchdays. Meanwhile, the team of long-time manager Sean Dyche is already in penultimate place in the table and has only one point on the account. Most recently, Burnley FC even lost their home match against the in-form Gunners from London.

In the EFL Cup, there was a win against Rochdale, but the 4:1 against the underclass opponent should not be overrated with regard to the away match in Leicester. After all, Rochdale are nowhere near the calibre of the Foxes. The Clarets have also lost three away games in a row in the Premier League this season

Two of the three away defeats have come in away games at Liverpool. Burnley FC did not take a point against either LFC or Everton. In the last away game Dyche’s team even took the lead in the second half, but afterwards the “Clarets” were overrun by the “Toffees”.

No points at Leicester again?

At Saturday’s opponents from Leicester, Burnley have conceded two away defeats in a row in the last two seasons. The last time the “Clarets” scored at the Foxes was in November 2018. It would therefore be more than daring to predict a surprise coup for the visitors in Leicester vs Burnley.

Sean Dyche will have to do without a total of five players on Saturday due to injury. Compared to the starting eleven that celebrated a comfortable home win against Rochdale in the EFL Cup, some changes are to be expected. After all, the “Clarets” had several key players resting in the League Cup.

In the Premier League, there have been six wins for Leicester, three draws and only three victories for Burnley FC in twelve matches between the two clubs. The Clarets have lost four of their six matches against the Foxes away from home

After two defeats in a row, the Foxes are aiming for a win in the English top flight for the first time this month. The poorly-formed opponents from Burnley come in quite handy for the twelfth-placed team in the table. After all, Leicester have not lost to the “Clarets” in ten home games in a row.

With Burnley FC also making a disastrous start to the season in the Premier League, there are hardly any arguments against a home win for Leicester City. Last year, the Foxes celebrated a clear home victory against Burnley and even scored four goals in the process. It is quite possible that an offensive spectacle will follow this season as well.

We expect a one-sided match in favour of the home side, with the Foxes taking the lead before the break. For Leicester against Burnley, our betting odds are on “HT/FT: 1/1” For this we risk a stake of six units.