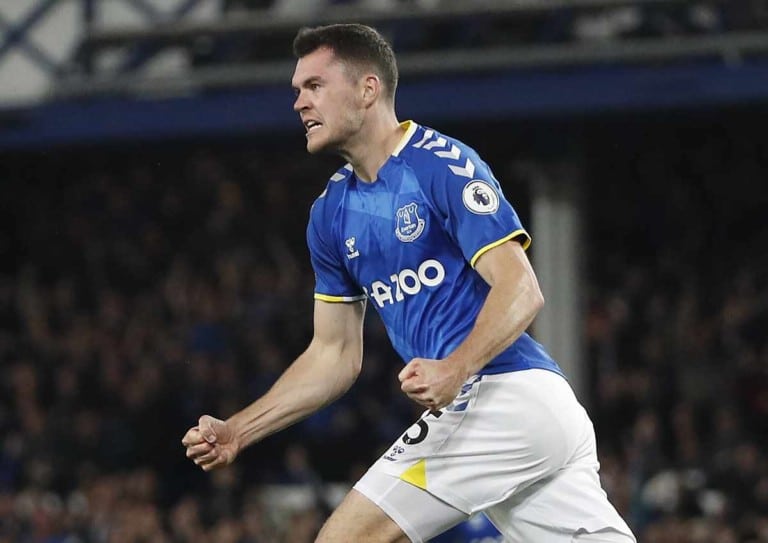 When will Norwich’s horror series end?

Daniel Farke, German coach of English first division club Norwich City, is really not to be envied at the moment. With 15 Premier League defeats in a row, ten of them from the 2019/20 season, he currently holds a less than glorious record. However, the fact that the 44-year-old East Westphalian is still relatively firmly in the saddle at the Canaries can be attributed to the two promotions for which the former Borussia Dortmund second-team coach was mainly responsible in 2019 and 2021

Nevertheless, those in charge of the bottom side will not watch their club go down to the Championship again without a second thought. So Farke is not only fighting against the extension of the negative record, but in a way also for his job. However, this does not change the fact that in the Everton vs. Norwich clash, significantly lower odds are offered on the Toffees’ three-pointer.

This assessment comes as no surprise either, as the Liverpool Blues are already on ten points and can look back on a more than respectable start to the season. At home at Goodison Park, they have won both of their home games so far this season. So it’s quite possible that a prediction in favour of the home side will pay off in the match between Everton and Norwich, especially as the visitors, who are bottom of the table, have no arguments whatsoever on their side

Although James Rodriguez has not played a single competitive game for Everton Football Club this season, his move to Qatar, which was announced during the week, has made some headlines. However, not necessarily because the Toffees’ supporters see the Colombian’s departure as a huge blow, but rather because of the sad trajectory the exceptional player has taken in recent years.

However, coach Rafael Benitez’s side should not dwell on the James Rodriguez personnel issue and instead focus on confirming their satisfactory performances so far. Liverpool have picked up ten points from a possible 15 from five Premier League games and only conceded their first defeat at Aston Villa (0:3) last weekend.

How are Everton compensating for the injury crisis?

The attack has been particularly convincing so far and has already scored ten goals. Only five other clubs have scored more often. More than half of these goals were scored at home, where Southampton and Burnley were both defeated 3:1. There have even been three consecutive home wins – the most since 2019. Given this record, betting on Benitez’s side between Everton and Norwich is an obvious choice.

However, caution should be exercised for two reasons. Firstly, the Toffees lost surprisingly on penalties to second division QPR in the third round of the EFL Cup last week, their second defeat in a matter of days. On the other hand, the Blues have had surprisingly big problems against last-placed teams in the standings in recent years. Three of the most recent four home games against teams that held the red lantern at the start of a matchday were lost. A bad omen for Saturday?

Most worrying at the moment, however, is the strained personnel situation With Richarlison, Pickford, Calvert-Lewin and Coleman, four of the key performers are still out through injury. Delph and Gbamin are also still not options for the starting eleven. It will be all the more important that newcomer Gray continues to swim on his personal wave of success. All three of his shots on goal so far have crossed the goal line. The ex-Leverkusen man thus leads the internal goalscoring list for the sixth-placed team in the table.

Norwich City, Daniel Farke and the Premier League – this three-way construct somehow doesn’t seem to go together. In 2019 and 2021, the German coach led the Canaries very confidently from the Championship into the English top flight. Similar to the 2019/20 season, however, immediate relegation looms in 2021/22.

All five league games in the current season were lost. No team has conceded more goals than the Green-Yellows and no other team has scored fewer goals in the first five matchdays than the Farke eleven. The goal difference of 2:14 in conjunction with the zero points are symptomatic of the fact that the reigning second division champions still have to prove their suitability for the first division in the coming weeks.

But the starting position becomes even more critical when you consider that the Canaries are now on a season-long run of 15 PL defeats in a row, have collected just six of a possible 72 points from their past 24 matches in the top flight of English football and have also failed to win any of their past 14 Premier League games away from home In purely statistical terms, therefore, there is a lack of valid arguments for taking a close look at the odds on an away win in the Everton v Norwich clash.

Just how bad things are at the moment for the team, which is likely to rely on four former Bundesliga internationals in Kabak, Rashica, Pukki and Sargent in the starting eleven at the weekend, became clear in the last two competitive matches. Last weekend they lost 3-1 at home to fellow promoted Watford, and during the week they were beaten 3-0 by a B team from Liverpool FC in the Carabao Cup.

Confidence is at rock bottom, belief in their own strength is fading with each defeat, and the fact that only two of the last 14 head-to-head clashes against their upcoming opponents have been victorious does not make a prediction on the underdog between Everton and Norwich any more likely. To make matters worse, Coach Farke will have to do without the injured Zimmermann, Placheta and Byram. Compared to Tuesday’s cup line-up, however, there are signs of some changes.

For the 53rd time, the clubs face each other in England’s top football league this weekend. With 19 wins compared to 18 draws and 15 defeats, Everton lead the direct comparison by a narrow margin. However, in their last Premier League season together in 2019/20, the Toffees found it surprisingly difficult against the Canaries.

They did bag a narrow 1-0 win away from home, but Liverpool lost 2-0 at home in November 2019. It was Norwich’s last away win in the top flight to date and only one of two victories in the past 14 head-to-head meetings between these teams. At Goodison Park, incidentally, it was Everton’s first defeat to Norwich after six previous unbeaten encounters (four wins, two draws).

When the sixth-placed team, which has collected ten points from five games, meets the bottom team, which is still without a single point, then the role of the favourites is usually quite clear. This is also the case on Saturday afternoon in the English Premier League, where Everton are very clearly favoured against Norwich according to the betting odds.

The isolated points haul is not the only argument in favour of the home side. The fact that the Toffees won both league home games in 2021/22 by a two-goal difference and scored six of their total of ten goals at home to Goodison Park also speaks a clear language in favour of Benitez’s eleven.

Although the Spanish coach will be without a number of key players, we are convinced that a bet on a home win for the favourites in the Everton vs Norwich match will pay off.

For the visitors, it would be their 16th Premier League defeat in a row and their sixth game lost this season. There is no hope of improvement in sight, especially as Farke’s side boast both the most harmless offence (only two goals) and the most vulnerable defence (14 goals conceded already). There is a tiny glimmer of hope, however, as the Canaries won their last away game in England’s strongest league in November 2019 at, of all places, Everton FC…