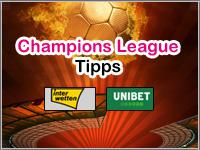 Atletico Madrid and FC Chelsea London will meet on Tuesday evening, February 23, 2021 at 9pm, in Bucharest in the National Arena in the first leg of the Champions League eighth finals. Due to the entry ban from England to Spain, the match takes place in Romania. The Rojiblancos (9 points) finished second in Group A behind Bayern Munich (16) and ahead of Red Bull Salzburg (4) and Moscow locomotive (3). The Madrilenen won the „Final Game“ on the last day of the game to enter the CL eighth final with 2-0 in Salzburg. The Blues won their group (14 points) and relegated FC Sevilla (13), FK Krasnodar (5) and Stade Rennes (1) to the rear places.

Diego Simeone’s team beat UD Levante 0-2 at the weekend’s La Liga dress rehearsal. The Spanish capital club was visually superior from the start and had more ball possession, but the big chances were scarce. A Suarez shot was the highest of feelings after a quarter of an hour. On the other hand, guests took advantage of their first opportunity of Morales after half an hour to score 1-0. The landlords ran after the backlog and worked out better opportunities through Suarez, who hit the post by free kick (58th) and three minutes later laid up for Llorente, who dragged sharply (61st). The Spanish Capital Club did not want to disagree (23:5 shots), but the goal fell again on the other side for Levante – 2:0 (95th, de Frutos). The Rojiblancos are leaders in Spain (55 points) and have three more points in their accounts than city rivals Real Madrid as the first chaser.

The Simeone team conceded the first defeat in the La Liga after nine unbeaten league games (eight wins, one draw). Atletico is the best home team in Spain and together with FC Sevilla provides the safest defensive (16 goals conceded).

In the Champions League, the Madrilenen have been unbeaten for five games (two wins, three draws) and have only lost the first game of the season in Group A at Bayern Munich (0-4). In three home games there were five points against RB Salzburg (3-2), Lok. Moscow (0:0) and defending champion Bayern München (1:1).

Joao Felix scored three of the seven league goals. Otherwise, no other Atleti star in the CL has met more than once.

The CFC was a clear favourite at Southampton on the weekend. For the first time in their club history, the home team has lost six league games in a row. The blues were also immediately good in the game and had more ball possession. The quality of scoring opportunities alone was weak. Thomas Tuchel’s team had everything under control until Liverpool loan Minamino was freezing in front of the London goal and scored 1-0 for the Saints (33rd). It was the first residue for Chelsea under tuchel. Shortly after restarting, the favourite was able to quickly achieve the earned 1:1 by mount per foulelfmeter (54th). As a result, however, the favourite found it difficult to create good shooting opportunities again. Southampton was more dangerous, like Vestergaard’s header clapping the bar (72nd). Even in the final phase, the English Capital Club remained safe. So it remained with the just draw. Chelsea London dropped from fourth to fifth (43 points), losing the CL qualification spot.

After four straight wins in the Premier League, the Tuchel-Elf has not won and has been unbeaten for seven league games (five wins). The Blues’ defence is the most successful section of the team in this season (25 goals conceded). Only Manchester City is defensively even better.

In the top class, the CFC is still unbeaten (four wins, two draws). Only the first (0:0 against Seville) and the last group game (1:1 against Krasnodar) were not won. Chelsea won all three away games – 4:0 in Krasnodar, 2:1 in Rennes and 4:0 in Seville.

The English scored 14 goals in the Champions League. The three best clippers are Olivier Giroud (5), Timo Werner (3) and Callum Hudson-Odoi (2).

The Champions League eighth final between Atletico Madrid and Chelsea London is completely open. The better group stage was played by the English, who have won all three away games and are still unbeaten in the ongoing competition. The Rojiblancos are still without defeat at home, but could only win once in their own four walls. For this purpose, the CL game will now be played in a neutral place in Bucharest. The daily form will play the biggest factor. We predict that the Tuchel-Elf will not lose and will return home with at least one draw. Associated with this, we also favor Double Chance bets on X & 2 (Draw / Win Chelsea) for this Champions League Tip Forecast. For this sports betting, online betting providers provide betting odds on average around 1.50.